It’s at this age that, as he was walking by the military stadium with his father, he saw a n exhibitio of what will become Tae Kwon Do… because the word Tae Kwon Do didn’t exist yet, the name will be given a few years later. He doesn’t know what kind of martial art it is but he is strongly impressed!… More over, he never dreamt that this discipline would become his life… It’s also in the very same stadium that, in 1988, Tae Kwon Do competitions are held for the first time as part of the Olympic Games, as a demonstration sport.

A few months after the exhibition, as Master Lee Moon-Ho registers for middle school, he discovers that the martial art he saw is called Tang Soo Do and he immediately selects this class. Teaching within school is different than in a Dojang, being more flexible on discipline.
Moreover, practicing in middle school, high school, and college allowed viewing different ways of teaching because there was a new teacher every year.

But when it came to rising to a higher-level belt, it was done the traditional way in front of masters at the Tae Kwon Do school of Chung Do Kwan.

In 1959, the headmaster of the school forbids the practice of this martial art because he thinks it is too dangerous. Master Lee Moon-Ho has to practice Judo and Hapkido in a dojang out of the school instead, but continued working by himself on his Tae Kwon Do. Actually, he works by himself up to 1961 when the interdiction is broken and thanks to a sport teacher, Tae Kwon Do is, once more, taught at school. 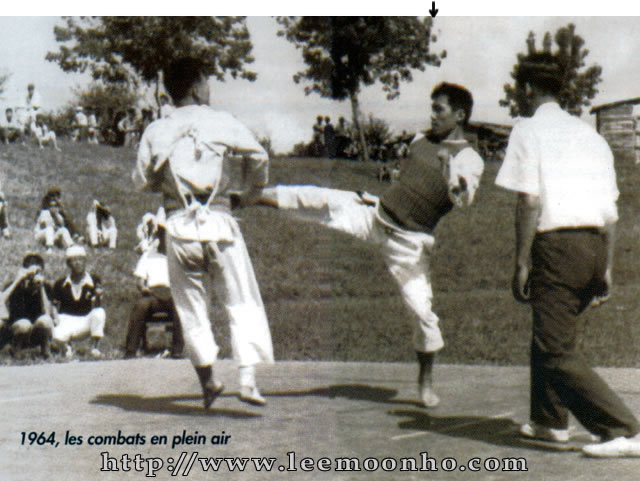 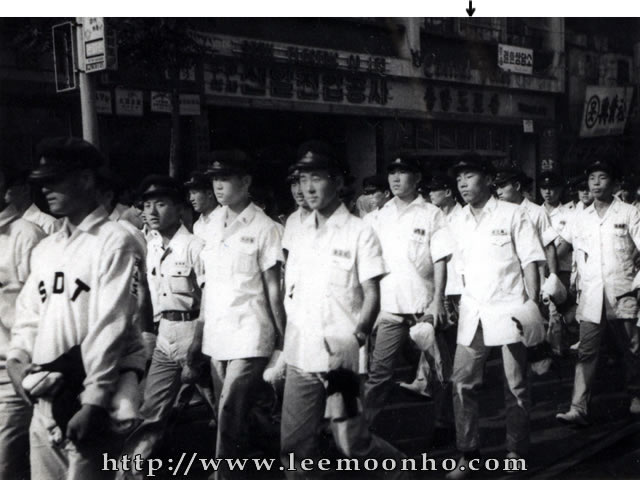 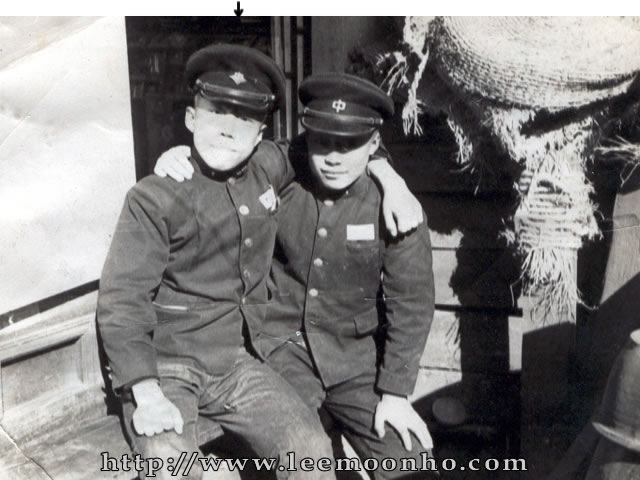 Master LEE Moon-Ho passes his first Dan in 1963 while he is still in high school.

At this time in Korea, there are National Games organized between cities. In Tae Kwon Do competitions there are five fighters per team but the system is hard because there is no weight categories and their opponents are drawing lots.

They also start to use breastplates made of bamboo, which revolutionizes the way of fighting. The safety of the breastplates minimize injuries for fights which at that time are very martial and tough.

It’s during those championships that Master Lee Moon-Ho takes part to his first competitions and wins his first of many victories.
His instinct makes him fight differently. Spontaneously, he integrates dodges, steps, and series of moves in his matches.

In the beginning he is looked at with astonishment. Then his style becomes a standard. His way of fighting is the origin of Tae Kwon Do as we practice it today, which is combining speed, precision, and mobility.

He enters Sung Kyun Kwan University in Seoul in 1964. The team captain Chung Suk-Jong, who noticed him at various championships, recruits him. He takes English class and continues to practice Tae Kwon Do in the university team… 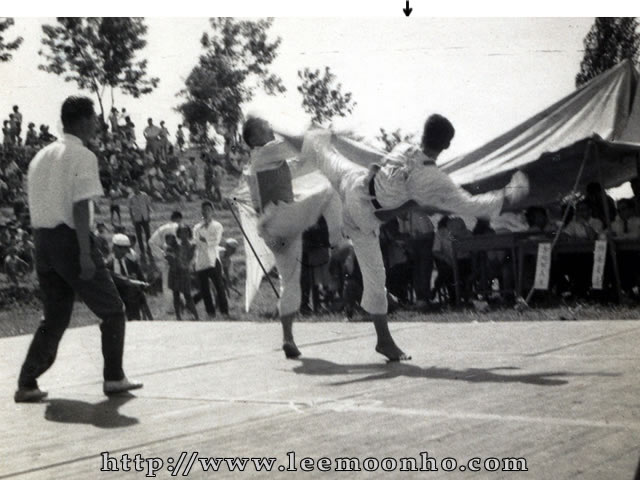 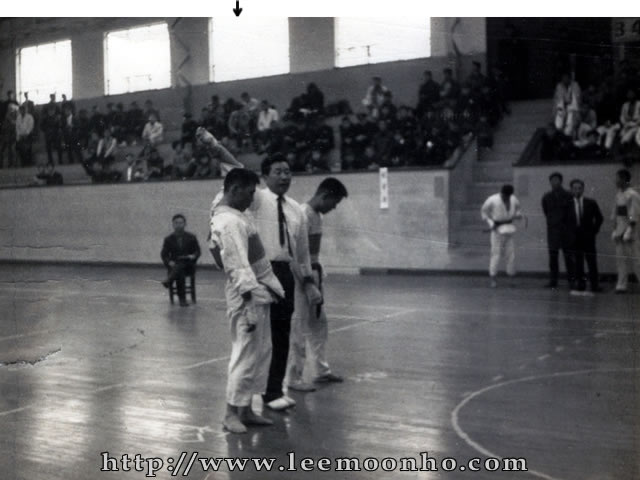 He accumulates victories in team competitions as well as in individual ones. It’s during those championships that he meets General Choi Hong-Hi (Founder of ITF). He leaves university with his third Dan. 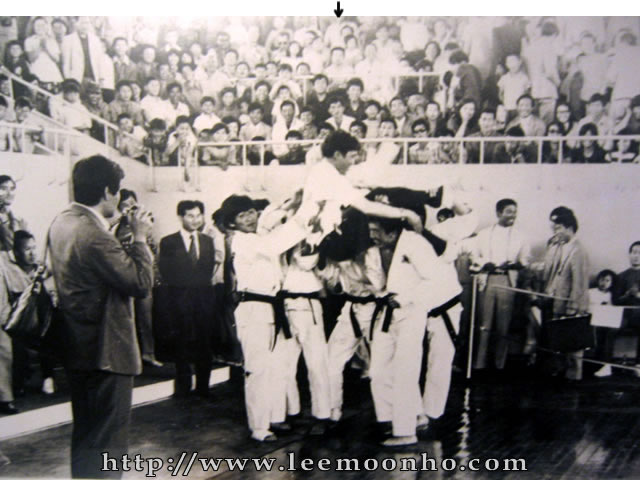 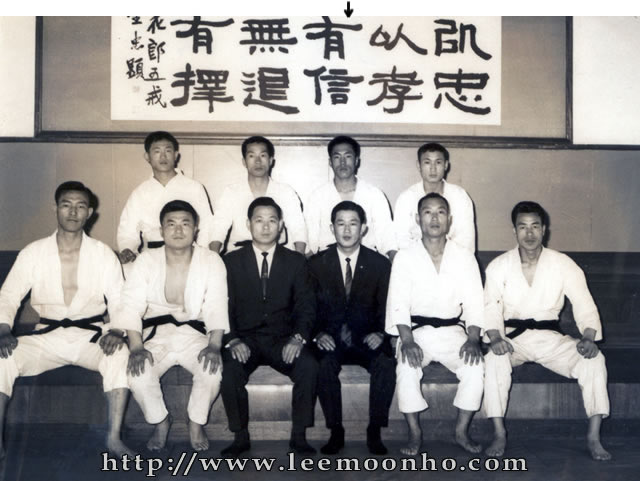 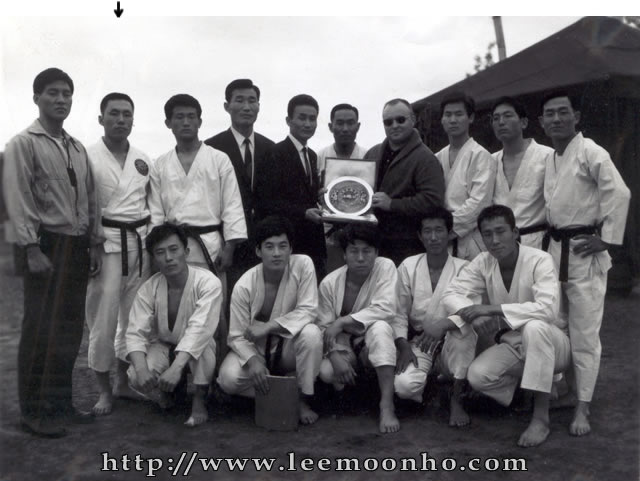 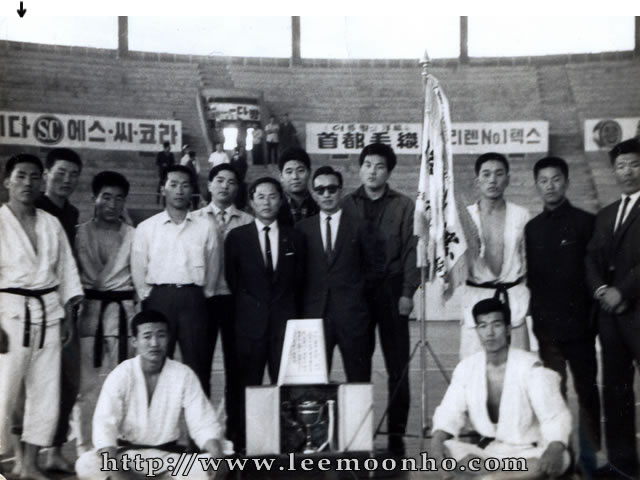 Between 1962 and 1969, he wins TWELVE National Championships Titles. 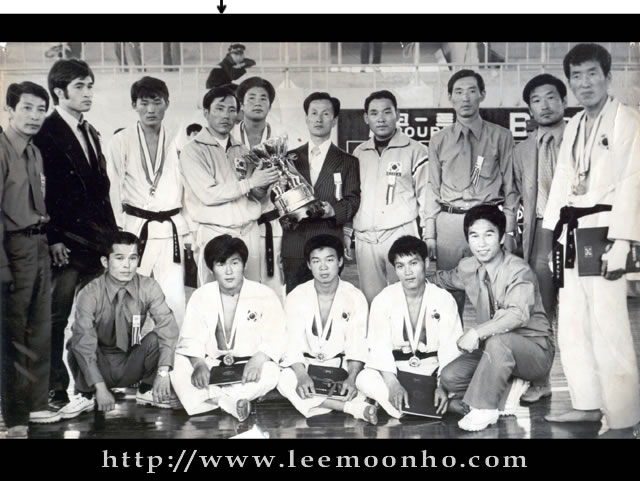 In 1972, he is chosen to train the Seoul team for the 53rd National Championships.

At the first World Tae Kwon Do Championships in Seoul in 1973, he trains the National Korean team. The country wins its first World Title.

After that, he finally teaches Tae Kwon Do in the prestigious Seoul National University from 1973 to 1977. 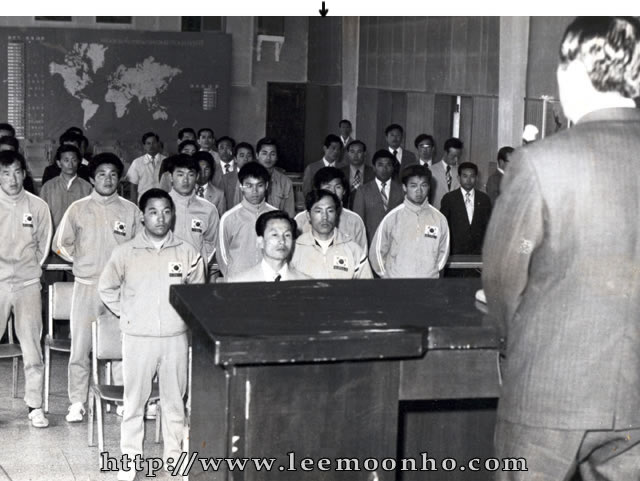 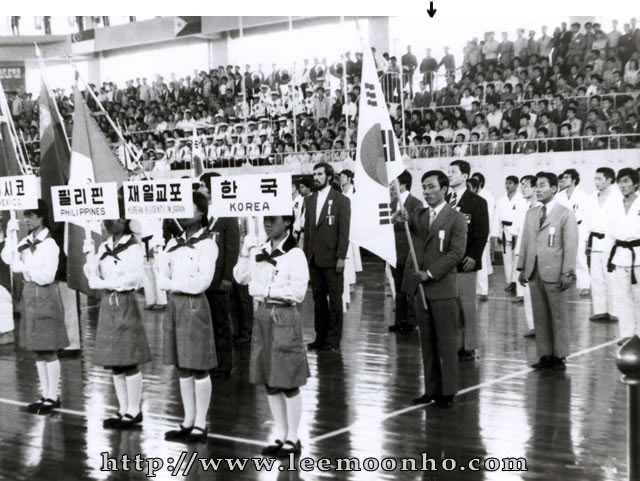 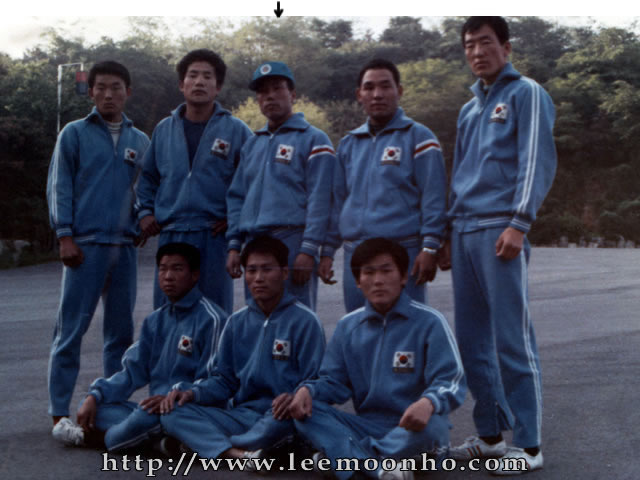 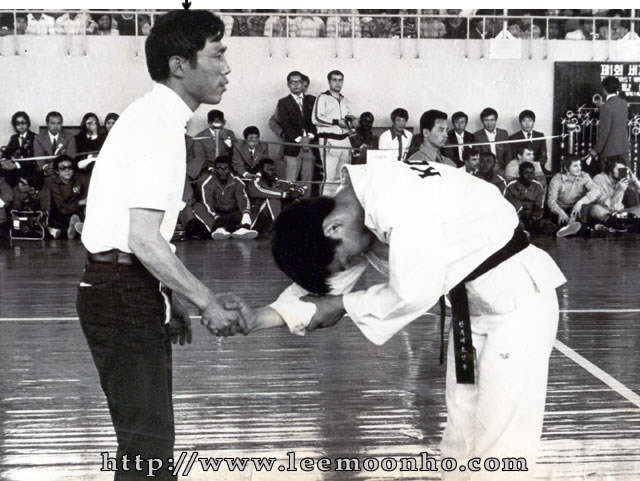 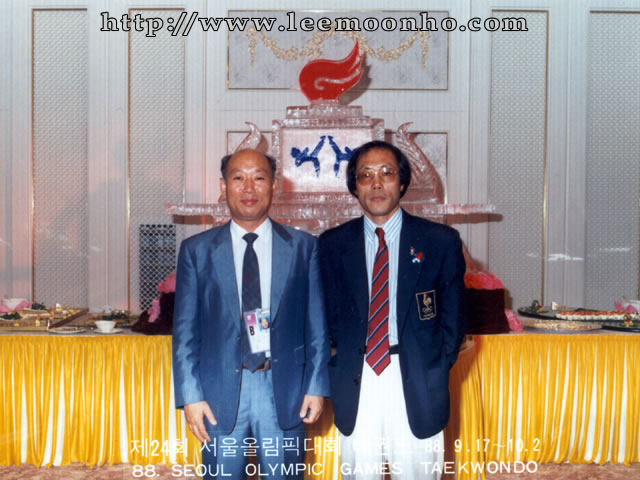 Master Lee Moon-Ho has been thinking about leaving Korea and does so on the 26th of March 1977.

As soon as he arrives he gives regional and national training courses.

He sets up his own dojang in Nantes and creates other clubs as in Cholet and Niort. These dojangs will be taken over by his students when they’ll become teachers themselves. 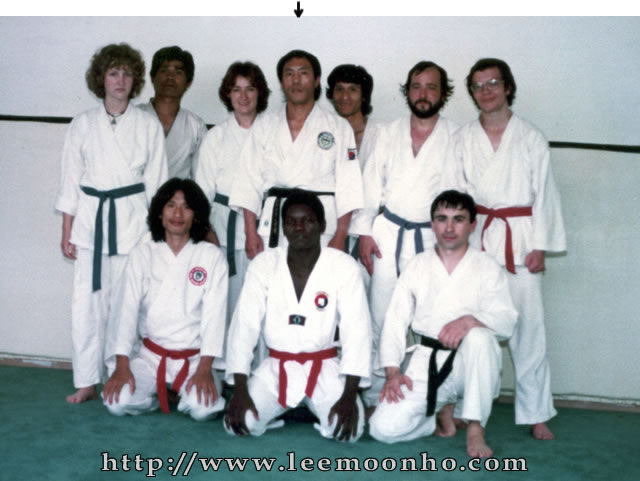 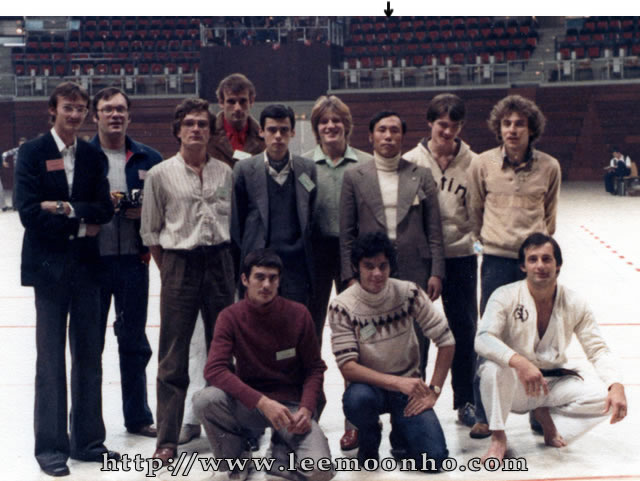 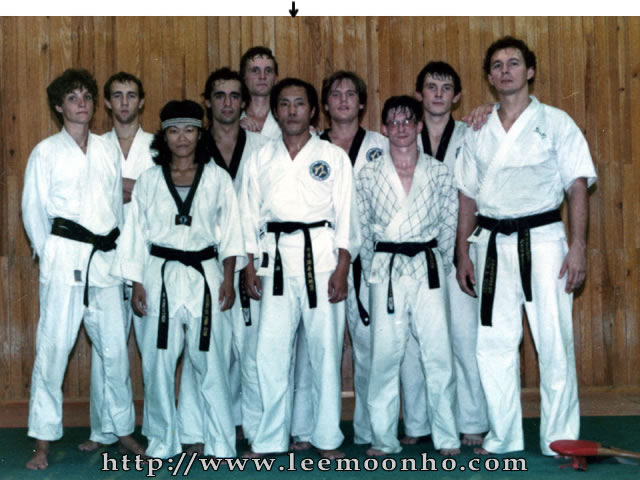 Three years later, in 1980, he is chosen to train the French National squad. 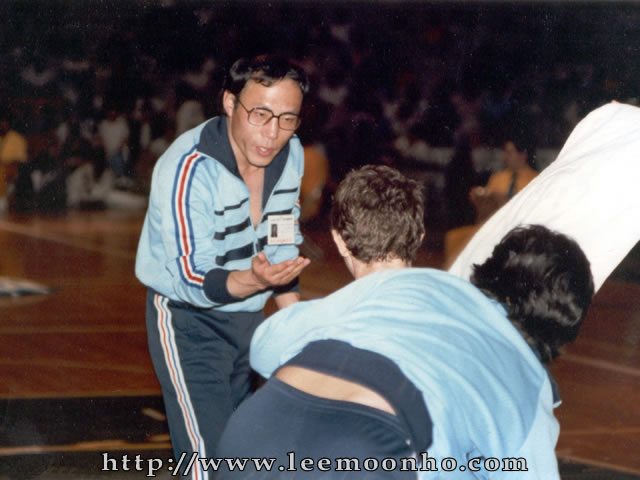 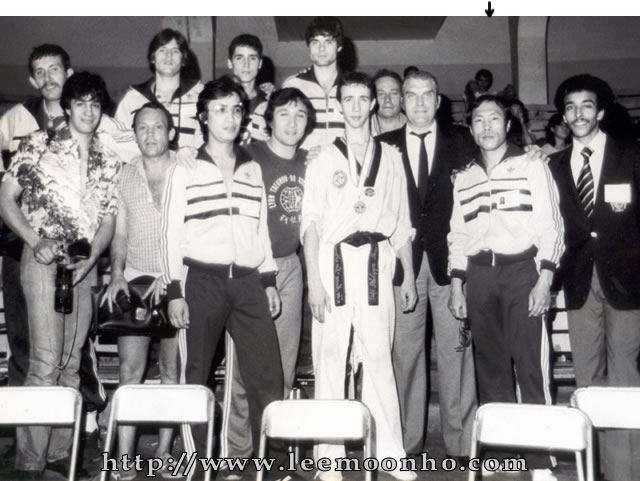 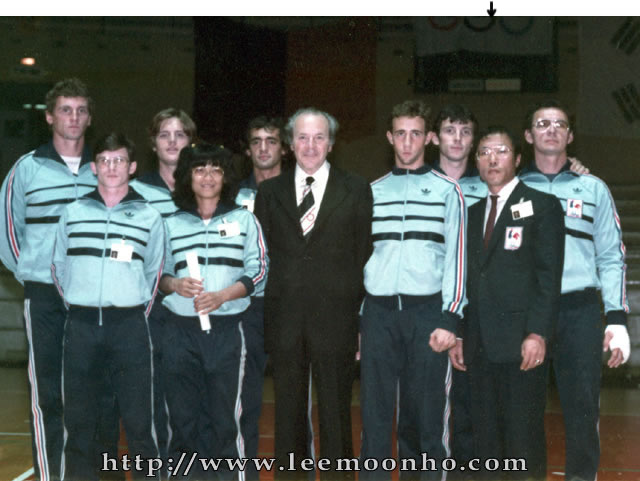 The French Tae Kwon Do owns him its first titles in European Championships. To mention, just a few : 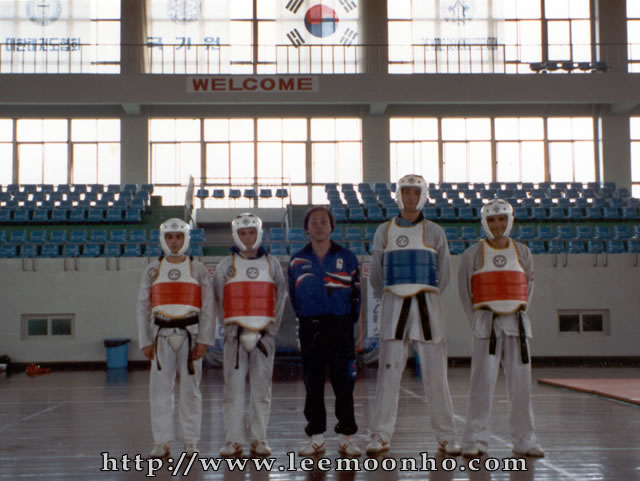 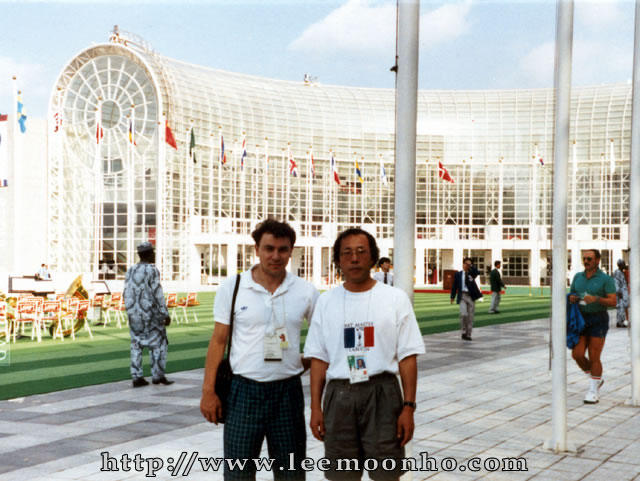 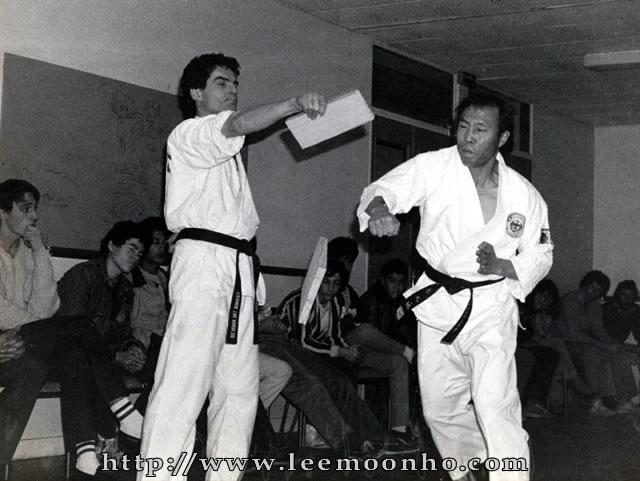 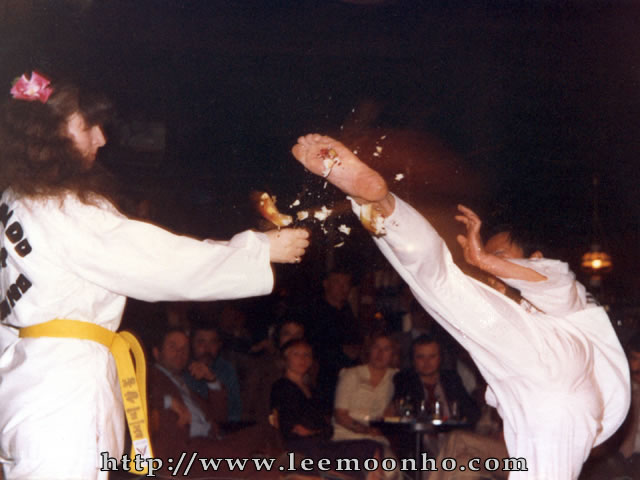 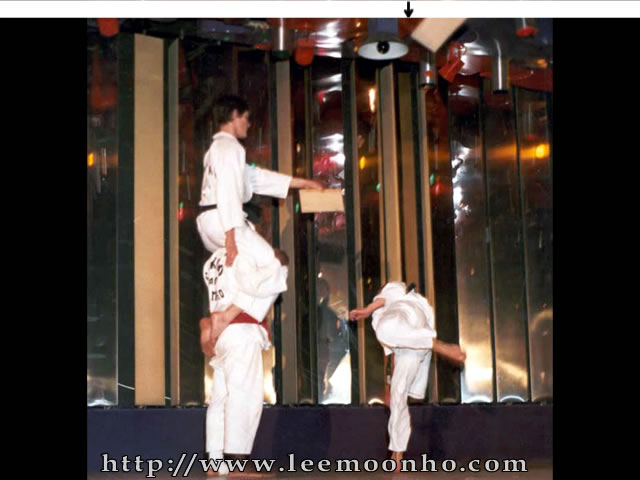 As well as being part of the French National team as coach, Master Lee Moon-Ho keeps on teaching in Nantes and its surrounding.

He gives training courses all around France.

He also does many demonstrations in order to promote Tae Kwon Do in France.

After the Seoul 1988 Olympics Games, he leaves his responsabilities among the French team.

He keeps on teaching at the LEE MOON HO DOJANG in Nantes and and in various other Dojangs.

In 2000, he goes to Seoul obtains his 9th Dan with his master, Master Park Hae-Man.

He shows fighting technics as well as the requested Poomse. He proves that he is a man able to improve himself.